Executive Board Get Involved 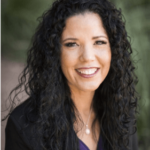 Angela has been an educator and clinician for over 20 years. She became an IBCLC in 2005 providing evidence-based care within an academic medical center and within her community. She has taught all aspects of breastfeeding to nurses, physicians, speech pathologist, dietitians and many other healthcare professionals and paraprofessionals for more than 15 years. She completed her Ph.D. at Arizona State University's College of Nursing and Healthcare Innovation focused on the breastfeeding complexities of late preterm infants. 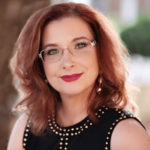 Brooke is passionate about helping mothers achieve their breastfeeding goals. Brooke has
written several policies and procedures to help accomplish positive breastfeeding experiences including the use of informal donor milk, late preterm feeding policy and
hypoglycemia policy. Brooke represented the state of Arizona at the United States
Breastfeeding Committee conference in Washington, D.C. in 2014. While there Brooke had
the opportunity to do some political activism by speaking to the senior advisor to Senator Jeff
Flake and giving Senator John McCain’s office printed information about three pieces of
breastfeeding legislation. Brooke has had the pleasure of speaking at several events about
lactation assistance in the hospital and how to coordinate care once home. 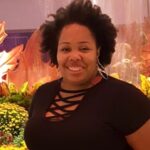 Beyauna started her breastfeeding journey after several years in blood banking and dialysis. She recognized the importance of health education after working with populations that were unaware of the long-term impacts of their health related decisions. She is student of the Lactation Consultant Education program at UCSD and is excited about her journey of becoming an IBCLC.
Beyauna currently serves as the leader of the Young Adult Ministry at her local church. She also participates in Achieving My Purpose a mentoring group for minority women in business. Beyauna hopes to teach classes to that center on First Foods and decreasing current infant and maternal morbidity gaps. 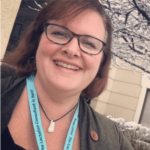 Marissa has been supporting families with breastfeeding for over a decade. She began as a second-generation La Leche League Leader after the birth of her son, and later attended the Southwest Clinical Lactation Education program at Arizona State University, earning her IBCLC credential in 2013. Marissa sits on the board of the Central Arizona Lactation Consultant Association, is a former Volunteer Educator for Babywearing International of Phoenix, and represented Arizona at the 2016 USBC Meeting in Washington, DC.

Marissa owns her own office-based private practice in Scottsdale, Arizona. She is passionate about empowering families, facilitating professional and community opportunities for advocacy, and is addicted to continuing education and learning. 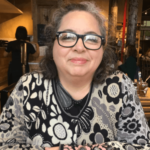 Renee has been a breastfeeding advocate for over 30 years and earned her IBCLC 20+ years ago. In addition to her RN-IBCLC background, she has extensive experience in mass communication, marketing, technical writing, and non-profit development. Renee has been or is currently a member, a volunteer, or an employee for various professional and community
organizations that focus not only lactation science and services, but also women, children, and family health and advocacy. Renee is the owner of Mindful Lactation, LLC based in Tucson, Arizona.  Renee has served ABC in the past as the President (2002-2007) and as Communication Director (2007-2014).

Our mission is to work collaboratively to increase rates of breastfeeding initiation and duration to improve the health of Arizona's families.